Will the Rich Abandon Four-Year Degrees?

We all like to think we’re doing things first. We don’t like to ape others. David Copperfield wanted to be the hero of his own life. Is there such a thing as life plagiarism?

Given the desire in Western life for uniqueness and self-invention, it seems to me that, despite our wriggling about, apples rarely fall far from the tree.

I’m always struck by how many famous/successful entertainers have parents who were in the theater, or made a living in entertainment. The New Yorker recently profiled Questlove, the Philly-born and bred musical genius, founder of the Roots, and band leader for Late Night with Jimmy Fallon. Ahmir Thompson, aka Questlove, grew up playing in his parents’ band, schooled in professional entertaining. John Cusack, Jennifer Aniston, Jason Bateman, Howard Stern, Paul Thomas Anderson – all had parents with varying degrees of success in the entertainment business.

These are anecdotal observations, at best, but Dubner and Levitt made a science out of anecdotal, counterintuitive, and hunch conclusions in their 2005 book Freakonomics. One of their many cocktail party-worthy tidbits concerned girls’ names. They argued:

There is a clear pattern at play: Once a name catches on among high-income, highly educated parents, it starts working its way down the socioeconomic ladder. Amber, Heather, and Stephanie started out as high-end names. For every high-end baby given those names, however, another five lower-income girls received those names within 10 years. 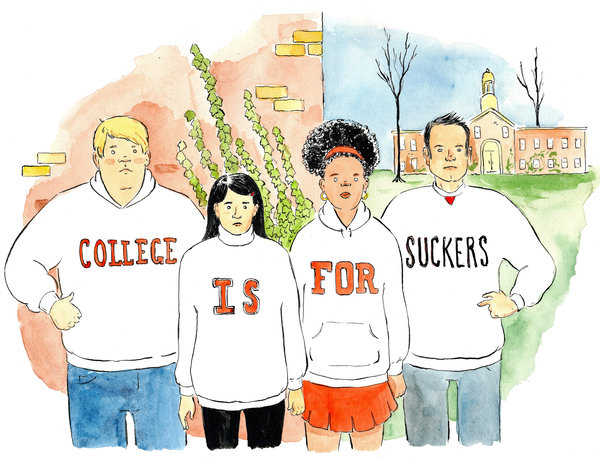 Like most of Freakonomics conclusions (average drug dealers really don’t make that much money etc.), our conventional wisdom is simultaneously overturned and confirmed. There is something to the idea that groups move away from trends once they see OTHER groups adapting them. My wife and I always joke that our kids will choose to live in modernist cube housing, with two pieces of steel and glass furniture total (we live in an old Philadelphia pile of stone without a 90 degree angle to be found).

All of this by way of backdrop to our current higher education dynamics, which are changing on a weekly basis with technology the obvious catalyst (MOOCs, distance learning of all stripes).

If a college degree is suddenly required, and the pressure on institutions to create college graduates is extreme, then what value does an undergraduate degree have for an already wealthy family? The DIY spirit of MOOCs (free education in areas you actually care about, from elite institutions) plus huge demand for talented software developers has created a perfect ‘out’ from a generic 4-year degree for those with early educational advantages and a discipline/drive to succeed . Like a young woman named Tiffany, arriving in 8th or 9th grade only to find out that some people will make fun of her for being faux-posh, zillions of four-year degree holders from institutions without strong brand awareness are graduating to find out that their degree is nothing special. Especially if it is in a non-technical field.

Perhaps President Obama’s 2009 “completion agenda” set some of this in motion, like working-class parents naming their daughter Madison in 1992 and driving rich people away from the name.

While arguably still an outlier, the rich abandoning four-year degrees is a trend poised to accelerate. A recent article in the New York Times, with the wonderful illustration shown above, trots out the Zuckerberg/Jobs/Gates trope and points to individual stories of young people choosing gainful employment over college. It features Peter Thiel’s Fellowships and Dale J. Stephens, the founder of UnCollege.org and the author of the upcoming book, Hacking Your Education: Ditch the Lectures, Save Tens of Thousands, and Learn More Than Your Peers Ever Will. As hundreds of thousands of poor and urban youth buy into a college future through charter schools and Obama’s leadership, perhaps the rich and upper-middle class will ditch the idea of college in favor of life experience, MOOCs, and paying jobs. The big name schools will always do well, although they may be confined to training future doctors, lawyers, financiers, and the children of wealthy foreigners. I can’t help wonder how calculating the MOOC initiatives are – the Ivy League devaluating four-year degrees to destroy the appeal of non-brand-name universities.

Change is a constant, so perhaps none of this matters. College attendance and graduation rates are so low (relatively speaking, with 68.6% of 2008 high school graduates were enrolled in college that fall and 56% of students graduating within six years) that there are plenty of students to fill our colleges and universities. But if those students graduate to discover their degree is the equivalent of a glorified high school diploma, circa 1972, then we have a serious problem. High school diplomas don’t leave graduates with $100k+ of non-dischargable debt. 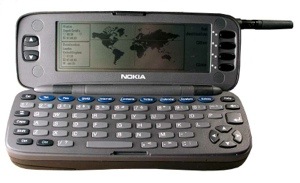