I was catching up on my reading and came across a wonderful essay on the economist Albert O. Hirschman (who I’d never heard of).

My wife asked me what I was doing, and I said, “I’m reading this wonderful essay.”

She asked who it was by, and I said it didn’t matter (I didn’t know). I said it was the subject matter that was captivating.

I finished the piece and flipped back to the first page to look at the illustration of Hirschman and saw that the author was Malcolm Gladwell. I should have known – he has such a love of counterintuitive arguments. But he’s been absent from The New Yorker for so long I just assumed he was forever gone.

Here’s a key passage from Hirschman that Gladwell picks out:

Creativity always comes as a surprise to us; therefore we can never count on it and we dare not believe in it until it has happened. In other words, we would not consciously engage upon tasks whose success clearly requires that creativity be forthcoming. Hence, the only way in which we can bring our creative resources fully into play is by misjudging the nature of the task, by presenting it to ourselves as more routine, simple, undemanding of genuine creativity than it will turn out to be.

All the way through the essay I was applying Gladwell’s summary of Hirschman to education. Our “at-risk” student population has, by definition, “misjudged the nature of the task” that is higher education. And we try to make life as easy as possible for these folks, removing perceived blocks to their success. Hirschman would argue that we’re making a big mistake.

Hirschman loved the story of a 19th century railroad tunnel planned for a five-mile wide mountain in Massachusetts  The mountain was supposedly made of soft rock and would be easy to dig. Investors budgeted $2m. The final tally was ten-times that amount and, according to Gladwell, had the railroad known the difficulty of digging the tunnel they never would have done it. But once half-way through they had no choice but to finish. And because they finished the cost of shipping goods from the industries of New England fell dramatically, contributing to a huge economic expansion.

Another example cuts even closer to the situation in which we place our students. Hirschorn argues that the resistance of Native Americans was a key difference between the successful development of the Western US vs. the chaos that continues in Brazil. US settlers were forced to be methodical and organized whereas the interior of Brazil had zero resistance:

Law and order and the absence of civil strife seem to be obvious preconditions for the gradual and patient accumulation of skills, capital and investors’ confidence that must be the foundation for economic progress. We are now told, however, that the presence of war-like Indians in North America and the permanent conflict between them and the Anglo-Saxon settlers was a great advantage, because it made necessary methodical, well-planned, and gradual advances toward an interior which always remained in close logistic and cultural contact with the established communities to the East. In Brazil, on the contrary, the backlands were open and virtually uncontested; the result was that once an excessively vast area had been occupied in an incredibly brief time span the pioneers became isolated and regressed economically and culturally.

This positive view of the situation assumes that you have a settler’s POV, not a Cherokee or Apache, obviously. It also smacks of the reductionist simplicity of Jared Diamond’s Guns, Germs and Steel. But still…

A big part of Hirschorn’s argument resonates deeply with my career and education experiences. Planning doesn’t work. “Misjudging the nature of a task” often does.

I left a management and engineering job as a “High Potential Leader of Tomorrow” (GE’s terms) to study English Literature and Creative Writing. Recipe for disaster, right? My parents certainly thought so.

But I became a college teacher and involved with eLearning relatively early, building a software company and fulfilling one of my life goals. I might be a GM at some GE unit now, perhaps wealthier, perhaps happier (doubt it)…but what did happen is far more fulfilling to me and my original goals in life that that original, safe path.

In college I surfed through a first year of the engineering curriculum, partying a lot and trading on my basic capabilities and decent high school preparation. Also, some TA or professor in winter term Chemistry screwed up and gave me an A instead of a C and I scored a 4.0 that term. That number helped.

But I hit a wall during my second year. I received a 43 on an exam. You know you’re in trouble when you have to ask how much the test was “out of.” The answer was 100. The class average was a 67, but I still failed.

I hit a wall and then I got my shit together. I was never the brightest engineer. But I worked my a$$ off that term, then I went out on a six month cooperative education internship, making $8.26 an hour, and realized that good grades meant greater choice of higher paying jobs.

Here’s the point: what if my experiences had been designed into the curriculum?

That is, what if we realize that our efforts at remediation and increased “support” for at-risk students are actually hurting them? That our support is blocking many of these students from developing the internal resilience, confidence, and skills that they’ll need to succeed later in the curriculum and certainly in the working world? I think most of us have to prove these things to ourselves; we can’t read about them in a “preparing for college” class and take them to heart.

We have astounding data on the students enrolled in our universities, colleges, and K12 schools. I’m certain students could be profiled, in advance, to create constantly adjusting personal learning paths with controlled challenges that build the requisite skills. Gauging how much challenge, and its effect on individuals, could power a whole new type of adaptive learning. It isn’t about content knowledge and capabilities, it’s about resilience and developing broad skills. Really, I’m suggesting a core form of competency-based assessment. Not the impoverished approach that many are now embracing to cut costs and provide video lectures followed by multiple-choice tests. But a methodology for understanding how deep and wide a student’s roots are growing, and how much water to deprive them of to encourage the desired growth.

Of course if the mountain had been ten miles wide the railroad might have given up, so the real science required, which we now have enough data to model successfully, is about understanding those breaking points and the optimal level of stress that leads to growth, not surrender. 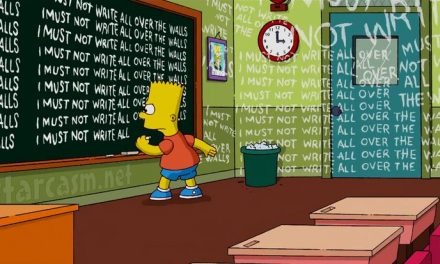