I am not a lawyer. I don’t even play one on TV. I’m a literal-minded engineer who loves education when it focuses on learning. When I read about the OIG’s $713M judgement against Western Governors University, based largely on a lack of “regular and substantive interaction” between instructors and students, I saw the negative side of higher education in stark relief: the hypocrisy, the lack of systematic caring for student success, the organizational focus on everything but learning. A side I’ve seen many times as a student, instructor, and vendor.

My first thought, though, concerned my own undergraduate experience where “regular interaction” was never a thing. Sitting in a lecture hall with the opportunity to put your hand up hardly fits my definition of “interaction,” never mind “substantive.” Or small-group recitations watching a graduate student hammer through problem solutions. These modalities constituted the bulk of my STEM degree.

Why didn’t this regulation apply to my experience, I wondered. I quickly discovered two reasons:

This double standard surprised me (it shouldn’t have). Why wouldn’t all of higher education, funded by billions of taxpayer dollars, use the same standard? Especially when so much of traditional education so miserably fails the test? When much education research stresses the importance of feedback, engagement, and student-teacher relationships?

The rule, introduced in the 1992 Higher Education Reauthorization Act (or the 2005 HEA – I’ve seen both claims and was not able to find the 1992 language), was designed to punish diploma mill correspondence courses and disallow them from accepting Federal financial aid. Along with the stunning WGU audit findings, “Regular and Substantive Interaction” has been in the news because there is a broad expectation that the language around “interaction” and “distance education” will be rewritten in the next HEA (expected in 2019). Higher Education wants to encourage innovation without inciting “bad actors” to abuse the system by accepting TItle IV financial aid for selling “essentially, online textbooks that cost $15,000” as Bob Shireman so eloquently put it.

So what are the detailed requirements for “regular and substantive interaction”? I found it remarkably hard to piece together the current definitions of the key terms involved – so corrections/perspective on my summary deeply appreciated. I don’t think it takes a law degree and years in higher education administration to understand the spirit of the language, however. And read from the point of view of a student saddled with $30,000+ of debt, who earned a traditional undergrad degree by attending lectures, taking multiple choice tests, completing group projects that received numeric grades and maybe sporadic feedback/dialog in a handful of courses, the regulations read like a giant class action lawsuit waiting to happen.

The definition of “distance education” is unbelievably broad (no lawyer would allow similar language in a business contract) and makes any course taught since 2005 that used “technology to deliver instruction” arguably a distance education course. Aren’t students in a face-to-face course “separated” from the instructor when they use Canvas to submit an assignment? Specifically, “Distance Education” is (current law):

Rather than the OIG going after schools for perceived infractions, the hundreds of thousands of students saddled with debt OR who have paid back their loans could enter into a class action against the schools they attended claiming fraud. Given these regulations, a jury of regular Americans would have to conclude that, since 2005, billions of dollars of financial aid have been awarded to students studying in, and sometimes graduating from, programs that fail the government’s own requirements for offering Title IV financial aid. Schools were obligated to deliver “regular and substantive interaction” in any program accepting Title IV funding and featuring “distance education” but knowingly did not. Students using Federal financial aid to pay for their education, then, have been defrauded (intentionally or not) of billions of dollars by receiving an education that did not meet the required standard.

The situation feels similar, if less consciously conspiratorial, to VW’s emissions scandal. If you bought a diesel VW Jetta GLI, then discovered that the MPG numbers had been faked and your vehicle then took a major depreciation hit, you’d expect recompense. VW has already agreed to pay $4.7B in penalties in the US and has “set aside $31.7 billion for fines, settlements, recalls and buybacks.” Of course emissions regulations and truth-in-advertising laws are more clearly written than Federal financial aid…but the comparison stands.

Imagine how such a lawsuit would play out should it go to trial:

Lawyers representing the Class would present evidence showing the following standard experience on US campuses, for instance in a Calculus course:

Multiply this out across hundreds of courses, reviewing syllabi and archives of online courses. Some classes, for instance first-year writing, might rise to the level of “regular and substantive interaction” but the results may be surprising there, too. While some of the clarifications from the Department of Education seem to define an instructor-led discussion as “interaction,” our jury would quickly see that this is not the case in most small-group classes. Students have the opportunity to engage, but don’t. So calling such classes “interactive” would be Orwellian at best. Students can get through term after term of their education without any interaction of substance. That’s how our schools are designed.

How would schools and their lawyers respond? The Federal language is at the “program” level, so perhaps every class does not necessarily need to meet the standard. Lawyers for the defense could focus on the definition of “regular,” arguing that once a year is “regular” and using one-on-one conferences in a writing class to tick the box.

But the language is not “regular and substantive opportunity to interact.” It requires interaction. A few videos and reams of statements from current and former students would be enough to paint a very damning picture. Wiggling away on technicalities like this might help schools escape financial liability, but they’d be “winning” by clearing defining how lacking in interaction their curriculums actually are.

Schools’ best defense is to depend on the loyalty and self-interest of their graduates. Who would want to undermine the quality of their own degree?

This is where higher education’s graduation rate would finally really matter: if only 60% of students graduate in 6 years there must be hundreds of thousands of people without their university’s name on their resume. What do they have to lose?

I am deeply appreciative of higher education and recognize that its conservative nature, including a slowness to change, is a tremendous asset. Amazon is building HQ2 for 50,000 employees while Sears (the Amazon of 50 years ago) goes through bankruptcy. Universities, most of them, last. Many individual faculty and administrators work hard to engage students and provide “substantive interaction” without any knowledge of regulations – they do it because they care. Some schools, including (ironically) WGU, are doing things differently or are 100% online and therefore have had to pay attention to the regulations, systematizing feedback and engagement. But they are a minority working in a system of schools and accreditors that prioritize football stadiums, research grants, academic publishing, student centers, and the status quo over interacting with students on a regular, authentic basis. Using lawsuits to achieve change is really just a thought experiment – such an approach would be a very blunt tool, wreaking more damage than achieving positive change.

I do know that schools need to do more authentic work with students, providing thoughtful feedback and engaging in mentored growth. The world of tomorrow is one that prizes creativity, resilience, networking, emotional maturity, and a connecting-of-the-dots in ways that only a handful of current programs achieve. Our standard should be much higher, and fair across all modalities of higher education. And that 60% 6-year graduation rate? A focus on “regular and substantive interaction,” of the kind most Americans would expect, would go a long way towards moving that number higher. 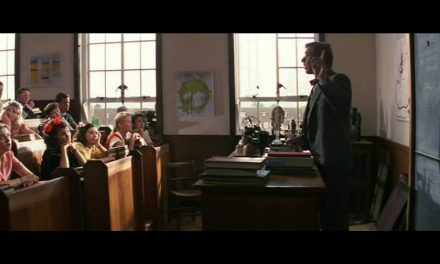 How to Make $60k Tuition Work