Some days you think culture is the most powerful force in the world; it is often perceived as a negative force, even though the word ‘culture’ has positive connotations.

We could talk about Wall Street, or Washington. But they are cartoon-ish examples. Which is

another way of saying, “too difficult to address here.”

But take Harvard University’s curious cultural quirk of surrounding grassy areas with temporary string fences. I’ll admit cutting across  lawns is a pet peeve of mine. When I taught at Drexel University, which didn’t have little fences or ropes or strings, but did have ugly dirt paths cut through many areas, I would righteously walk the right-angles of the paved walkways, frustrated at the teeming students cutting corners in their hoodies, on the way to early-morning lectures.

Cambridge is beautiful. Harvard has plenty of resources. Are these string fences permanent? Did Mark Zuckerberg run his hand along them? Did Bill Gates? Did FDEducation and political culture is at the center of the Harvard Kennedy School Program on Education Policy and Governance “Learning from the International Experience: Lifting U.S. Students to World Class Levels of Performance” conference.

Apart from that giant mouthful of a title, it’s a breath of fresh air after a long season of traditional technology and assessment education conferences.

The conference is related to Jeb Bush’s Foundation for Educational Reform, and so has a right-leaning, “destroy tenure and let us fire bad teachers” tone to it. Which is also refreshing, not because either of those ideas is necessarily a good thing, but because the audience engages in real debate over these questions. And there are some very bright people here.

The thesis of the conference, from a series of presenters including former and current state department of education leaders from Louisiana, Indiana, and Iowa, McKinsey consultants, and a strong international representation, is that education is a system and systematic reform is required. Pay-for-performance alone, for instance, won’t do anything – just as the charter school movement has accomplished little from a big picture pov.

We’ve heard from countries that are handing American’s their a$$es in the PISA assessment, including Finland, India, and China.

The Headmaster of Shanghai High School spent a charming 20 minutes telling us that Chinese parents have a centuries-old focus on testing as a gateway to a better future. And that we’ll never equal their intense focus.

If this argument is correct, that State houses, Washington, unions, and schools across the country all must change, then we’re really in trouble. Of course, as several presenters pointed out, none of the hundred or so attendees should be worried, since their children and grand children benefit from an upper middle class life and parents who are attuned to education. But what about the millions of students who will help decide whether the United States GDP grows over the next 20 years, to help assure the standard of living of those gathered at the conference? Their future is uncertain, and depending on systematic change across the board feels like an admission of failure.

Witness AT&T’s 1993 commercials, featuring Tom Selleck as “the voice,” painting a future that has largely come true. Well, we don’t go into phone booths to make video calls, and iPads weren’t created to send faxes, but their prognostications are pretty accurate:

You might argue that AT&T is bringing all of these great things to us – my iPad runs on AT&T. But they didn’t invent any of it. Most cell-phone users see the mobile provider as a commodity, and their choice (or default) has more to do with their home’s location, being locked in to a contract, or desiring a particular mobile device.

I wonder if the particular corner pictured on the right was

erected sloppily, or someone who walks past every day moved it back to save one second. The result is an ugly, eroded corner. I’m guessing that the barriers, made from string attached to cheap stakes marking corners on Harvard’s campus, are permanent. They are a function of Harvard’s culture. Unless they get a President of Provost who shares my pet peeve, the strings will stand.

Today, Drexel has nice little fences and walls, and they’ve put brick or attractive cement pathways in major thoroughfares. Really, Harvard’s aesthetic culture seems to be, “Cambridge is beautiful, we’re focused on being geniuses, and planting flower beds and the like isn’t that interesting to us.”

Obviously Harvard’s campus is a wonderful place. But how could it be better?

At the conference, Dr. Mona Mourshed, of McKinsey & Co, had by far the most interesting take on good educational systems getting better. Her honed presentation, based on extensive research into school systems that have shown rapid, sustained improvement, was far more pragmatic and hopeful (You can get a sense of their data here) than most of the discussion.

Not amongst students, but teachers. Teachers sitting down on a regular basis to examine data, brainstorm, and discuss changing situations honestly. Teachers regularly observing each other teaching and pointing out what worked and what needed work. Transparency, basically, in a way that encourages people to change themselves.

To consider a school have ‘improved,’ Mourshed required a step-change in student performance and rapid (less than 6 years) change. Implied in the “good to great” argument around peer review and transparency are the following:

The cost challenge to Education comes from the people-intensive nature of the enterprise. Just like health care. You can’t completely automate education, and therefore need millions of people, and bureaucracies that tend to grow. But there is a massive potential benefit to this challenge: people can pivot if they want to change and are supported in their efforts. If you’ve just invested in a huge infrastructure, like the wired phone system, your future is sealed. You’re the phone company.

I’ve seen this ability to change first hand. At one institution, I did considerable analysis into grade inflation and student ‘churn.’ Fifty percent of the freshman class had different teachers for each semester of first year English. In a decentralized system, switching teachers every 14 weeks cannot be a good thing, especially when grading standards vary greatly.

One of the faculty was giving half his students As. The average was something like 20%. Leave the question of whether either of these numbers is appropriate, or whether you can even define a universal philosophy for grading, going from a teacher who gives half of his students As to a teacher who gives eight percent As cannot be a good experience for students, especially when as freshman their schedules are largely set for them and they haven’t figured out how to manage the system (RateMyProfessors.com has made this easier). Such variability can only reinforce a sense of learned helplessness.

We shared the grade data with the ‘easy’ professor in a private, supportive manner and he was deeply appreciative. He respected his colleagues, even if he didn’t know much about many of the other teachers in his department. He loved his students. He held all kinds of office hours, and gave all kinds of multimedia options to students. He wrote copious comments on papers, and was highly critical. Students thought he was cool, and listened, and learned a lot. His classes were still full after he adjusted his grading practice to be more in line with students’ overall experience. His “student satisfaction survey scores” did not suffer.

Of course at the university level there was no formal pressure for him to change in this way. Maybe if he failed fifty percent of his students, there would have been a dialog. Regardless, he appreciated the feedback, and immediately led to change. This is intrinsic change, that didn’t depend on radical shifts to compensation or work rules. It didn’t depend on new technology packages, or the redesign of a curriculum. It is a five-minute example. A sustained effort around rapid review by peers – call it Agile Education – would, Dr. Mourshed’s data shows, effect a greater change in U.S. education than waiting for a systematic revolution.

And we could start today. 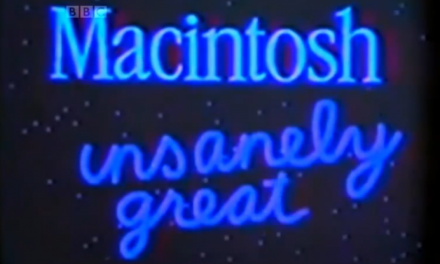 A Haiku for Apple / Not Insanely Great