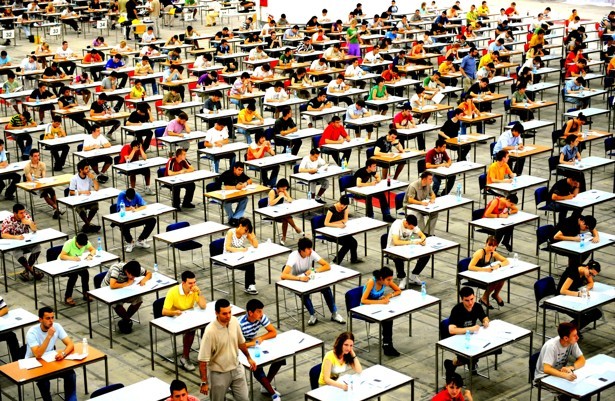 I don’t know much about standardized testing; I took the PSAT and the SAT. I was a decent test-taker. Oh, I took the GRE and the English Lit GRE.

Since I began teaching and designing software, my focus has been on authentic assessment. But the following quote from slam-dunk Washington Post article summarizes my sense of things:

“I can’t escape the conclusion that decisions about the [state test] in particular and standardized tests in general are being made by individuals who lack perspective and aren’t really accountable.”

You can read the article here.

The quote is from a successful businessman who sits on his local school board. He took the 10th grade standardized exam required by his state. He failed miserably.

The article goes on to describe the insurrection in NY State over using these test scores to “hold teachers and principals accountable.”

The whole situation reminds me of Jack Welch’s approach to resourcing divisions and departments. So he simply cut (jobs, money) until people stood up and fought.

It’s a harsh, if understandable strategy for a CEO. It’s tough on middle-management, who have to live with the turmoil. And probably having to manage using such brutal, rough tools is an indication that a business has become a commodity and should be exited – or reinvented, as IBM has reinvented itself.

But NCLB has been going on for years now, with much grumbling from educators. I recently met with the CIO of a large K12 district who told me that 50 out of 170-odd days of the school year are dominated by testing. And that guidance counselors spend the bulk of their time managing the process.

Is it only now, when these test scores are used to determine teachers’ and administrators’ futures, that educators stand up, en mass, and revolt? When it was students’ futures…they did the best they could.

I wonder how conscious of this dynamic the union-busting, “reform K12” movement is…if they see the process as a campaign, and not just one debate (battle) over an issue like pay-for-performance, they might be pushing these insane tests to box their opponents in.

Unfortunately a generation or two of students – and America – are paying the price. These dynamics fuel me, and Waypoint Outcomes. Our spirits stay high because we get to see the many, many educators committed to enriching student experience and developing 21st century skills – not test-taking skills and base content knowledge. It is a view I wish many parents, policy-makers, and educators could see more clearly, at least to take heart in the midst of the debate.